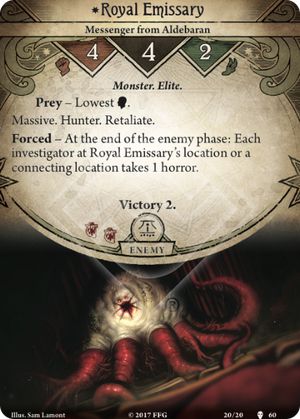 This enemy has a combination of rule that maybe problematic for an inexperienced player like I was.